During the weekend I often go to a nice café for a slice of carrot cake and a cup of coffee. On a lazy Saturday morning there is nothing better than reading a book while tasting good coffee. Whilst I was enjoying my coffee, last weekend I realized how paper was everywhere….My book, the coffee cup, the plate where my cake was sitting, the napkins and a newspaper on the table! All these things not only are made of paper, but different types of paper with different properties depending on their purpose. I then thought I wanted to know more about the chemistry of this material and hopefully this article will make you think about it next time you will be reading a magazine or a book with a nice hot coffee in your hands.

Paper has always been used in numerous applications. Its history begins from 3000 BC, when the Egyptians discovered how to exploit the fibers of a plant (Cyperus Papyrus) that grew on the banks of Nile River to obtain a paper-like material. This material was called papyrus from the Latin word papyrus and the Greek πάπυρος, and from this word the modern word paper. However, the merit of the invention of paper as we know it today has to be attributed to the Chinese Ts'ai Lun, an officer of the court of the emperor in 105 BC. From China, the paper, reached Middle East and Europe, where, in the XIII Century the first “paper mills” were built. With the introduction of industrial labor in the XIX Century, the production of paper could finally be carried out on a large scale and at a relatively low price.

WHAT IS THE CHEMICAL COMPOSITION OF PAPER?

The main component is undoubtedly cellulose, the most common structural polymer in the plant world. Its chemical structure consists of multiple units of glucose linked together by b-glycosidic bonds that form long linear chains connected through hydrogen bonds.

Several other substances are also present, including:

- adhesives, which reduce the absorption of water making the paper less hygroscopic and more compact

- filler materials, which make the paper more opaque and consistent

Depending on the type of paper and the type of processing other components may be present, such as hemicellulose. This polymer has a chemical structure that is similar to cellulose, but presents lateral branches formed by glycosidic units. Because of its structure, hemicellulose has a greater tendency to form hydrogen bonds and this makes the paper less stable and more easily degradable when exposed to chemical and physical factors.

Another polymer that can be found in paper is represented by lignin. There are different types of lignin, which are composed of three different monomers:

Other substances may also be used as additives to improve the degree of whiteness, opacity and smoothing. These include:

Binder materials play also an important role; they are added in order to facilitate the adhesion of pigments and are used for coating. Among these we can highlight:

- Resins, such as turpentine, rosin or mastic, which are used as protective coatings.

All these components confer different characteristics to the paper (e.g. consistency, opacity, thickness), which can be exploited for the production of different types.

The paper making process is nicely described in this video.

Have a look at this video, if you want to make your own home made paper, it’s easy and funny! 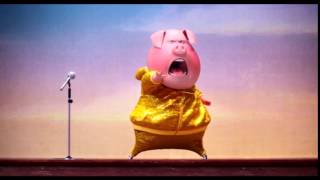